In the Gulf of Naples, close to the town Pozzuoli, there is a Roman underwater Archeology Park called Sunken City of Baia and they are still finding new artifacts!

The city was born as a port and then became a gateway for the Roman elite towards the beginning of the Roman Empire.

Several people say that the city was the playground, the ancient Roman version of Las Vegas, where they spent their free time with beach parties, the wine and the men and women… the imperial capital of vice with rumors of corruption. Many members of the Roman aristocracy such as Nero and Julius Caesar had their super villa built here.

The city came to the end with the barbarian invasions in the 8th century. Then, in the 16th century, it was submerged by the sea. It was found in the 2014, when flooding caused landslides that exposed portions of the city. 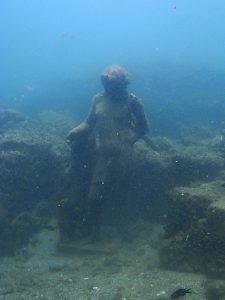 Underwater ruins are at a depth of approximately 9 meters. Many mosaics, marble floors, villas, houses and baths submerged by volcanic activity, are still intact. 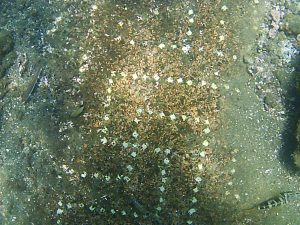 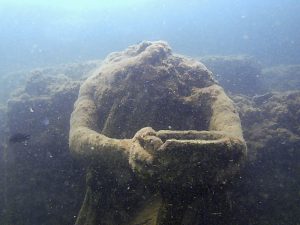 Covered by seaweed, the city has now become home to a varied marine life. Today it is one of the most beautiful places in Italy and you can admire by transparent canoe or diving, snorkeling accompanied by a professional guide.

Do you want receive other Italian curiosities or news? Subscribe to our newsletter.