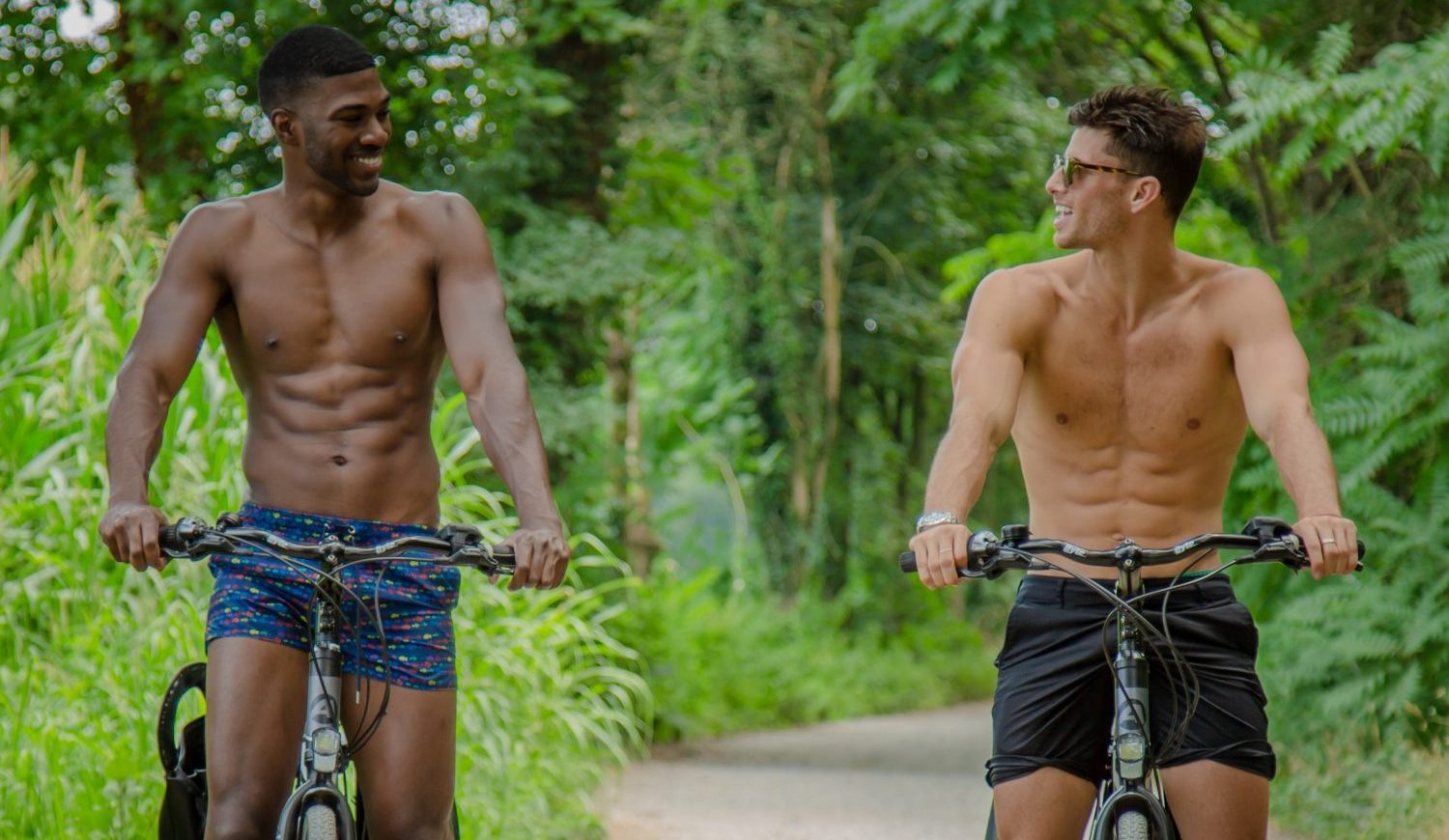 Imagine an Italian summer, with bike tours, midnight-hour swimming, music and art, meals under the sun and the passion first awakening. Who has not lived ‘ the first love summer’ in life? Breathtaking emotions, but also the first torments and the first sufferance after the separation?

‘Call me by Your Name’ director Luca Guadagnino puts all this together, in a movie which talks love in a light, pure and unconditional way….It goes even further homosexuality: it is a story of human disclosure to love. 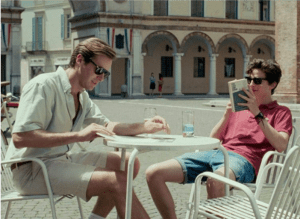 The movie has been inspired by the homonymous book written by André Aciman and edited in 2007. The setting was in Liguria (the Italian region of Portofino), but Guadagnino preferred to shot in Crema, the small town in Lombardy where the director lives. ‘Crema is just Italy’ He said.

Cremais worth the pilgrimage: its classical high-walled streets and the 14th-century cathedral take part to Elio and Oliver passionate love story, when they kiss near the Duomo. The colonnaded square where Elio and Oliver cycle and sit for a first conversation is the Piazza del Duomo.

The small village of  Pandino, site of the striking war memorial in Piazza Vittorio Emanuele, where Elio begins to declare his feelings to Oliver, and the Gothic-style Castello Visconteo beyond, are spectators of a fast-growing attraction. 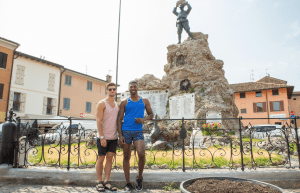 At the Laghetto dei Riflessi (Ricengo) Elio takes his friend Marzia (Esther Garrel) after dancing to The Psychedelic Furs, or at Fontanile Quarantina, a park near Capralba further north-west, where he and Oliver swim after a long cycle ride. Both the Laghetto and Fontanile are private intimate places for Elio, where he hides himself in summer, to enjoy reading and thinking on his own. 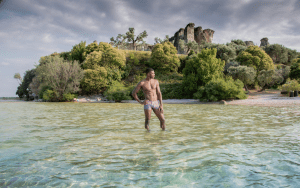 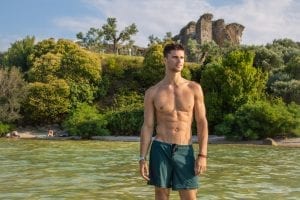 These are the places where Elio and Oliver swim together in a hot summer afternoon. The green all around and the peaceful waters of the small lakes seem to come to life, they are animated with the laughter of the two guys. These are the settings where true and pure love stirs, where Elio and Oliver live intimately their common attraction and kiss for the first time. A pilgrimage there is definitely a life experience….