Capri is the glamourous island in front of Naples, famous for the number of artists, actors and divas attending its villas and beaches during the 60s. Nevertheless, it has been a ‘buen retiro’ for many of them in times of trouble. English, German and American patrons used to buy mansions on the island to host young art beginners or outcasts in order to give them a respectful life. 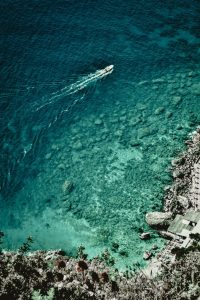 The famous German painter Paul Hoecker (1854-1910), member of the Munich Academy of Fine Arts, was one of those who found hospitality in Capri, when in 1897, he was the protagonist of a scandal in Germany. It was rumored that Paul Hoecker had used a male prostitute as a model for a painting of the Madonna. Eventually, the scandal became more personal in nature, and he chose to resign from the Academy. 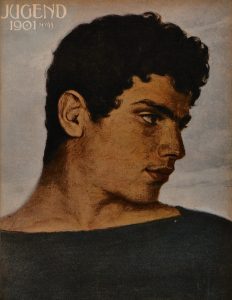 He then travelled to Capri, where he stayed at the Villa Lysis, home of industrialist and poet Jacques d’Adelswärd-Fersen. Jacques was himself involved in a scandal in Paris: in 1903 he was banned from the Paris Salons because of ‘bad behaviour’ with school pupils. This dashed his marriage. Later, he decided to move to Capri, in self-imposed exile, with his long-time lover, Nino Cesarini. He became a “character” on the island in the inter-war years, His house, Villa Lysis, remains one of Capri’s tourist attractions. Hoecker painted several portraits of Nino Cesarini during his stay at the villa.

When travelling to Italy, Capri is worthy a trip. It is a really gay-friendly place, with a glittering past and a capital of the Italian life-style.

Do you want receive other Italian curiosities or news? Subscribe to our newsletter.