Emperor Nero’s, the trailblazer of the same-sex marriage of Ancient Rome, built a vast palace on the Palatine Hill, originally named the palace “Transitoria”. Few years after, it was destroyed by a fire, but soon rebuilt as ‘Domus Aurea’ (64 AD). 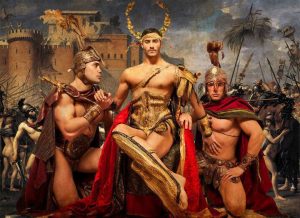 Nero’s house was quite extraordinary: 800 square meters, with more than 200 rooms on the Palatine Hill (Rome). It has been brought to light after 2,000 years. 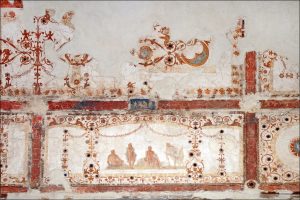 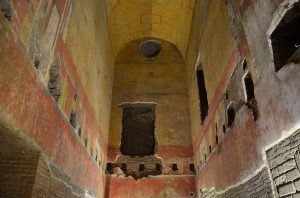 Few weeks ago, another beautifully decorated room has been discovered! Archeologists have decided to name it the “Sphinx Room”, after one of the most striking frescoes of delightful sphinxes.
Decorations include panthers, centaurs, exotic birds, the god Pan and more, such as flower garlands, leaves and fruits, in line with the ancient Rome architecture.
“It is an exceptional and thrilling find- the Sphinx room tells us about the atmosphere during the Nero’s era ” Alfonsina Russo said, the head of the Colosseum Archaeological Park.
The sumptuous frescoes are still intact! A large part of the room is still buried by tons of ground, but experts say they will not dig further, as they fear for the palace stability.
Enjoying a daily tour in Rome and at Domus Aurea is perfect in every season! 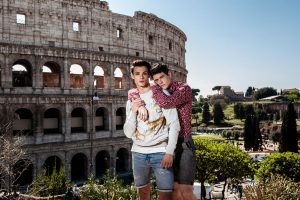 Do you want receive other curiosities or news? Subscribe to our newsletter.