What do you know about the history of Roman Emperors and their secret lives and homosexual relations? Today we learn something more about Nero.
Nero was the protagonist of the same sex marriage.
Husbands were first Pythagoras and later Sporo, who had been castrated. Same-sex marriage between Nero and Sporo was celebrated in public and for the occasion he wore women’s clothes… Of course Nero was considered a scandalous person!! 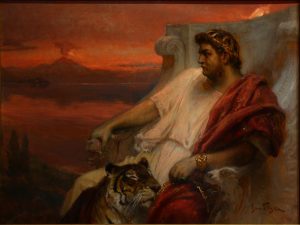 After a 10-year-long restoration, the villa’s 800 square meters, made up of more than 200 rooms will open to the public from Monday to Friday in Rome.
He originally named the palace, “Transitoria” but when soon afterwards it was destroyed by fire and rebuilt he called it “Aurea” (Golden House – 64 AD)
The tour is reserved to small groups of visitors who will be able to admire the colored marbles, fountains and red porphyry columns thanks to the new virtual reality experience that helps to animate what the Golden Palace would have looked like 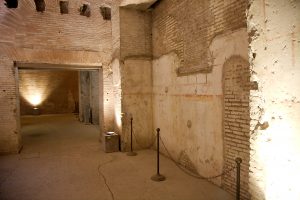 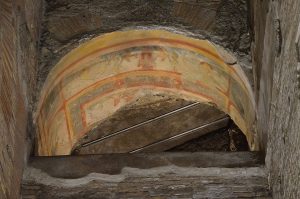 Water is a central theme of the villa, one of the reasons why it has been confused for a long time with the thermal baths of Livia, archaeologists say. A tour of the Domus Aurea is a great day activity perfect in every seasons.If you have already seen the Colosseum – the Domus Aurea should definitely be your next stop!

Or if you like Italy and you want to know some more about Ancient Romans book our UNTOLD HISTORY TOUR ‘Homoxesuality in Ancient Rome’
Do you want receive other curiosities or news? Subscribe to our newsletter.