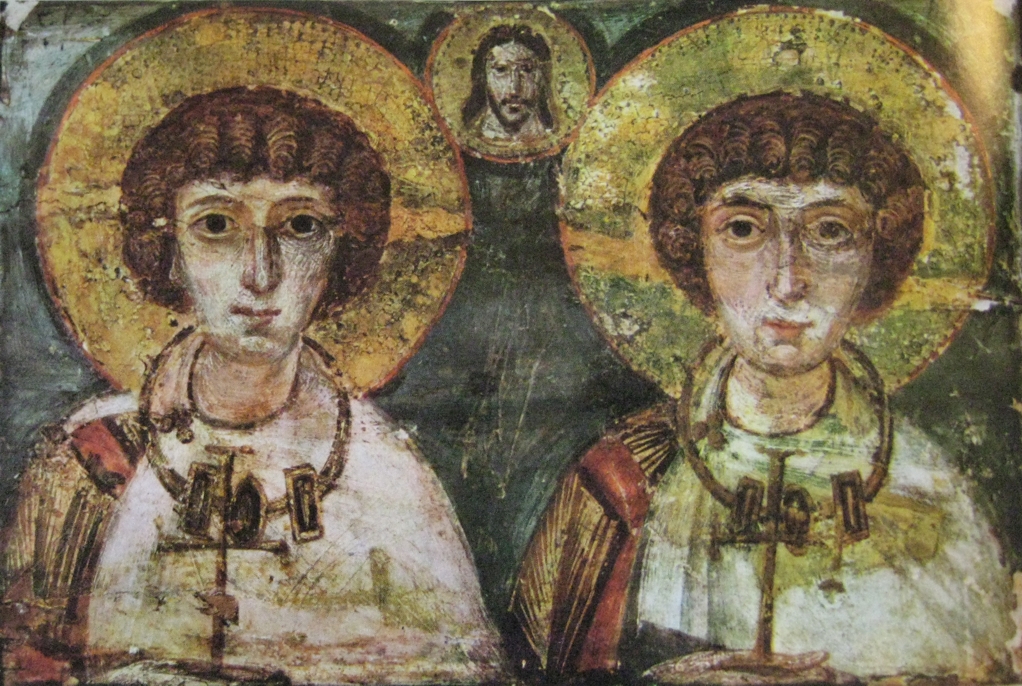 Under the names of Sergius and Bacchus the Sergius, two Roman soldiers of the thirs century b.C. are acknoledged the two Christian martyrs, whose homosexuality has been recently reveiled. Here their love story.

The gay paired saints were young officers in the Roman army, exactly Sergius was commander and Bacchus was subaltern officer. They had a secret that had nothing to do with their sexuality. They were Christians during a time when being one was a crime. The men were arrested and tortured to death, as they refused to pay sacrifices to Zeus. They admitted to Christians and did not apologize for it. Before they were killed, they had to dress lady-like and parade in town: this was the way to humiliate them, as homophobia was largely diffused at that time. They told their jailers that wearing lady cloths , would never stop them from adoring Christ. 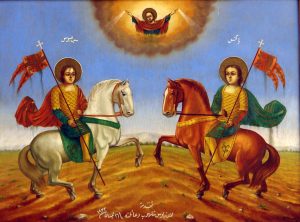 Sergius and Bacchus were separated and Bacchus died first because he was severely tortured. That night the spirit of Bacchus appeared to Sergius wearing his military garments and saying to Sergius not to surrounder, as they will be together in heaven, again. After a short time Sergius was tortured and died.  They became official patrons of the Byzantine Army and the pair was venerated through the Mediterranean, the Middle East, Latin America and and also by the Slavs.

The Roman Catholic Church stripped Sergius and Bacchus celebration from the calendar in 1969 (the same year of Stonewall riots). Apparently, they were downgraded due to lack of historical evidence of their santity , but most probably it was an anti-gay action. From ancient times these “gay saints” are celebrated in art, literature, dance and music. There are a wide variety of LGBT illustrations and novels on their lives.