Salerno is the second main center of the Campania Region and often the city is overshadowed by the splendor of Naples but Salerno is well worth a visit too. 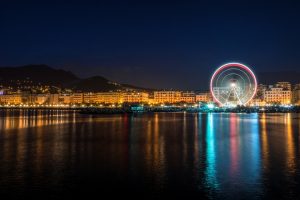 The city has an ancient history and a bright present.
Salerno has probably Etruscan origin. In 194 b.C. It was a Roman colony, named Salernum. The city was later occupied by Goths, Byzantines, Longobards and Normans. Thanks to the historical changement there is the birth of the Principality of Salerno, governed by the Duke Arechi II. under his rule Salerno grew to great splendour becoming a centre of studies with its famous Medical School: the Schola Medica Salernitana, considered the most important source of medical knowledge in Europe in the early Middle Ages and existed until 1799, when the city became part of the Parthenopean Republic under the Napoleonic rule and Joachim Murat ordered its closing.

Close to Salerno, there is Paestum a huge and well conserved archaeological site. It was a Greek colony founded around the seventh century BC. The Doric style of its three main temples (dedicated to Hera, Neptune and Cerere) have been acknowledges as Human Heritage by UNESCO. ( If you want discover more look our Untold History tour of Paestum) 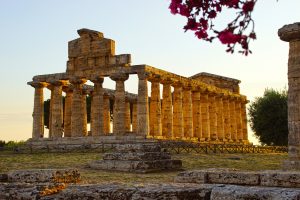 Today Salerno is mainly a harbor city representing a key stopover both for tourism and trade. Salerno was able to confirm itself as a lively cultural center and as an interesting destination.
Each year during winter season, the city organizes the unique event “Le Luci d’Artista” with light shows and installations along the streets and public squares by famous light artists attracting thousands of tourist.
This year the city will be literally glittering from the 30th October.
You can see the main installations in the center of the city in 3 hours on foot: walk along Corso Vittorio Emanuele, the main shopping street, to Piazza Portanova, where you will see a big illuminated Christmas tree. Continue through the Medieval center of the city along Via dei Mercanti. Close to Via dei Mercanti admire the Duomo di Salerno and the Temple of Pomona and walk to Piazza Largo Campo, the heart of the city’s nightlife. Once you leave the center of the city, you will find yourself at the Villa Comunale public gardens, where each year a magical “giardino incantato” is created. 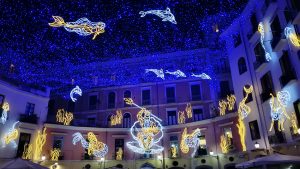 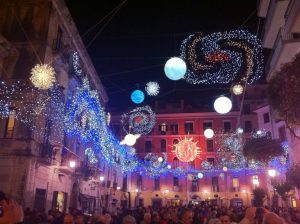 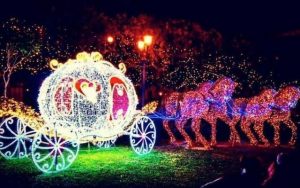 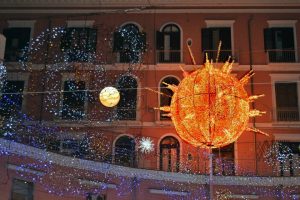