Today is Friday 13 and people of superstition are quivering!

Number 13 and Friday are a terrifying combination in America and in many countries: it is no coincidence that Hollywood shot a lot of horror movies.

What about Italy?
Italy is also a land that seems to breed some superstitions, especially in the South.
Globalization has helped to implement them with unknown ones; nevertheless traditionally Italians fear Friday 17!
In effects number 13 brings Italians anything but bad luck: 13 is ‘the lucky one’at the ‘Totocalcio’ and if you get it, you may win a lot of money!
But, again, Friday 13 is sinonym of bad luck. Why? This day is the combination of two unfortunate elements: the day on which Jesus was crucified (Friday) and the number of people sitting at the Last Supper (13). But as I said before, the number 17 is worse than number 13!
Other superstitions for Italians:
• Never place a hat on a bed, associated with bad luck and also death.
• Instead of knocking on wood, touch iron!
• Bread must never be placed upside down.
• Want to wish someone good luck? Tell them “In bocca al lupo” and they have to respond by “Crepi!”

…One curiosity: Did you know that on Alitalia’s airline there are no seats 13 and 17? 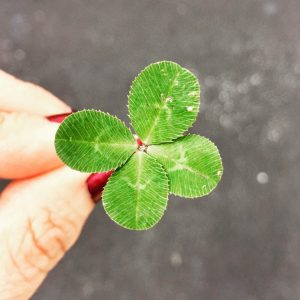