travel free as you are

Quiiky was founded in 2007 by Alessio and Andrea. The idea want after planning a vacation, when they looked for a travel agency who could help them to find the best/safe destinations and accommodation as a gay couple. There weren’t openly gay friendly travel agencies in Italy, and it was hard to find information online. For this reason they decide to establish Quiiky Travel. 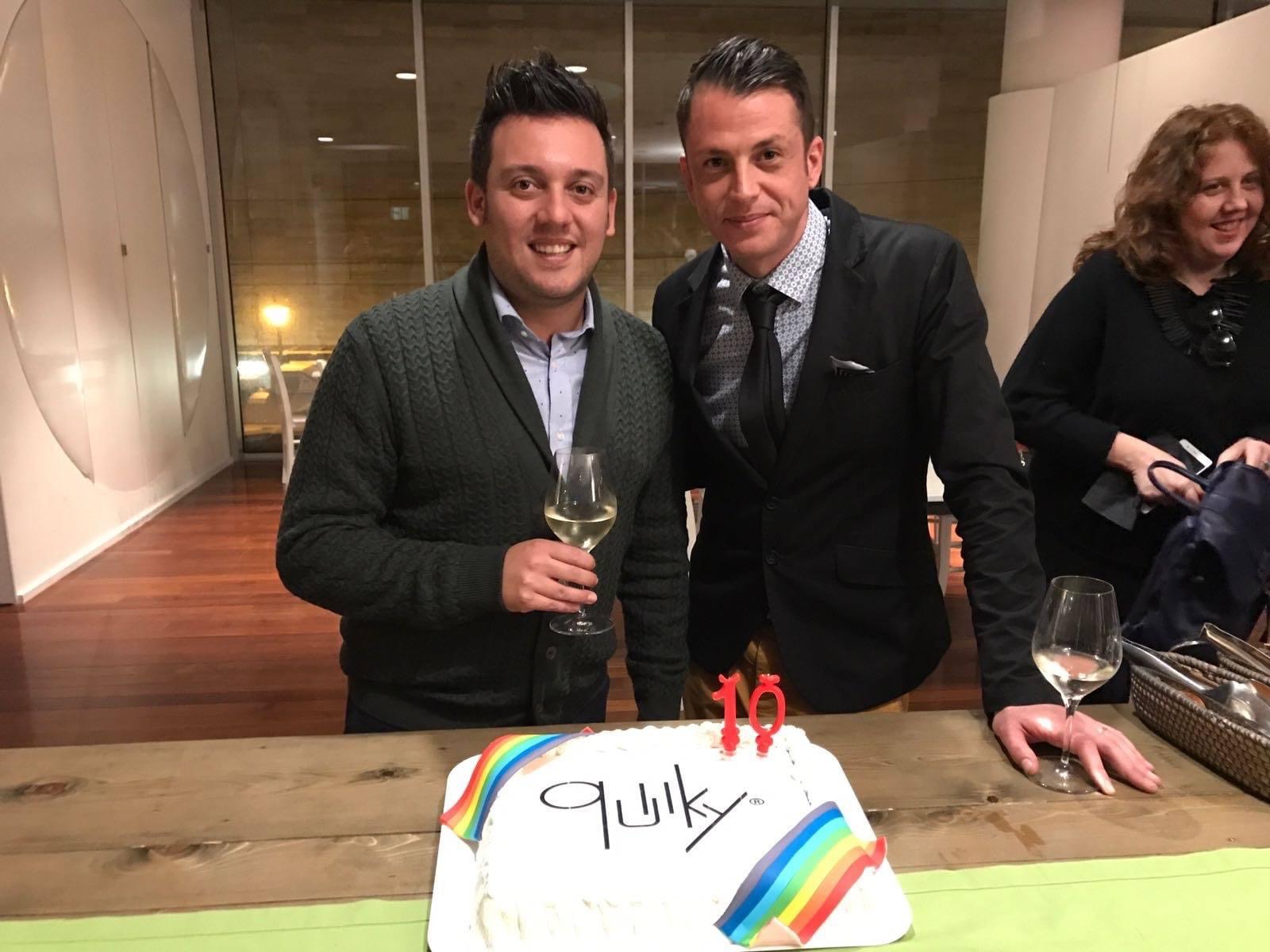 Alessio and Andrea met each other when they were 18 and 21 years old and now, after about 17 years, they are still a couple that love each other, and are passionate about their business.

In 2010 they founded the Italian Gay & Lesbian Travel Association (AITGL) with San Francisco Travel, Massachusetts CVB, US Airways and TTG Italia (the mainItalian Travel Fair). In the same year Alessio was nominated the Italian IGLTA Ambassador.

In 2012 they launched the first italian LGBTQ+ Travel & Lifestyle Magazine (QMagazine), and started to collaborating with TouristBoards, Hotels and Travel Agencies to help them to reach the LGBTQ+ Market.

In 2017 they launched our inbound tours, Untold History Tours (featured on New York Times, BBC and Huffington Post) featuring tours such as “The Vatican Museum Tour in a Gay Light”.

In 2018 they started the succesful collaboration with the Municipality of Milan, the Italian Tourist Board, and along with the support of the US Consulate in Milan, submitted the winning bid for Milan to host the IGLTA Global Convention.

QUIIKY is committed to become a true example of excellence amongst tour operators, which role has been progressively underestimated. For this reason, QUIIKY is striving to offer a highly customized service, which can guarantee:

Quiiky is the First Tour Operator LGBT in Italy. LGBT travellers can enjoy a true LGBT trip with QUIIKY tour operator, to selected destinations and hotels. Our tours discover the hidden history of the LGBT community in the destination, by tracking back famous homosexual lives and  veiled histories. This is our proposal: to make travelers socialize with the local LGBT community.

These tours, called “Untold History Tours“,  have been published by important networks and international papers, such as New York Times, BBC, Huffington Post and they are appreciated all over the world by those LGBT travellers wanting to better understand their origins and their knowledge of the local community

QUIIKY’s mission is to respond to traveller’s needs- he/she can book safely and be guaranteed to be accommodated in a hotel  respectful of the LGBT rights and be able to enjoy a serene holiday.

QUIIKY® is a SONDERS AND BEACH Italy Srl trademark. SONDERS AND BEACH is an international tourism company located in Italy and in the USA and which was founded by a group of young entrepreneurs coming from the hôtellerie. 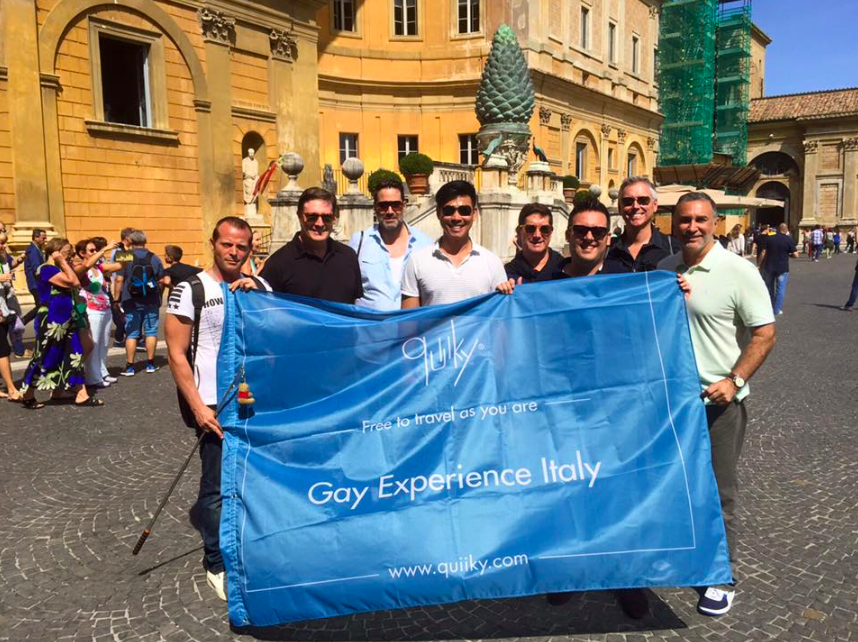 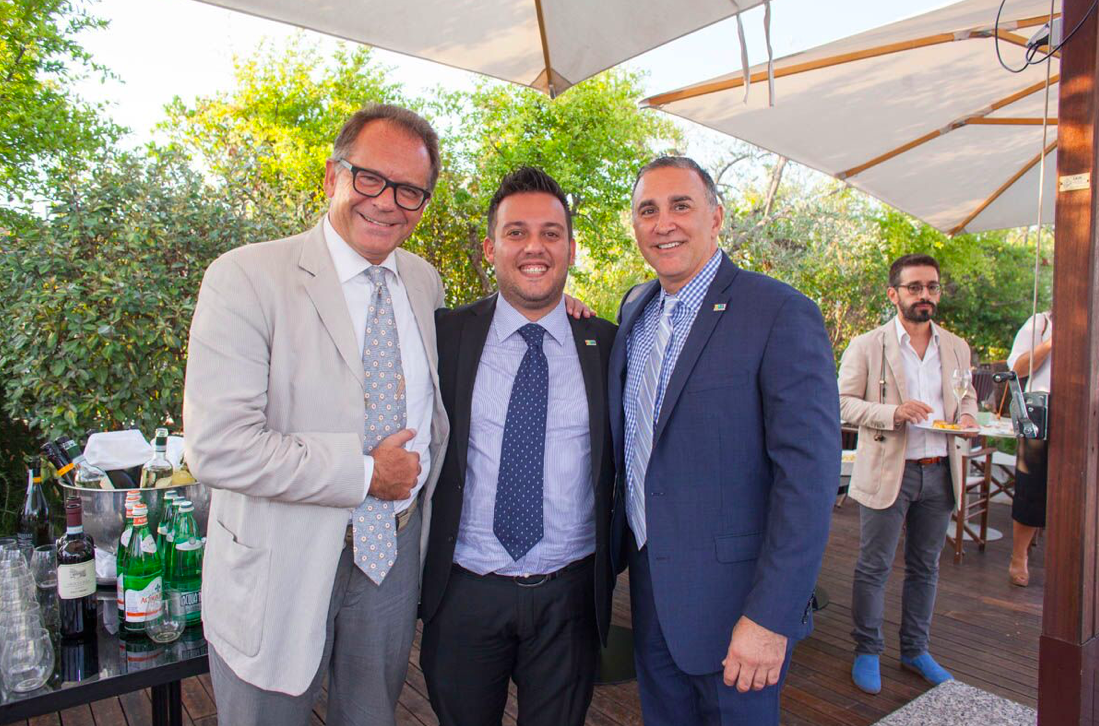 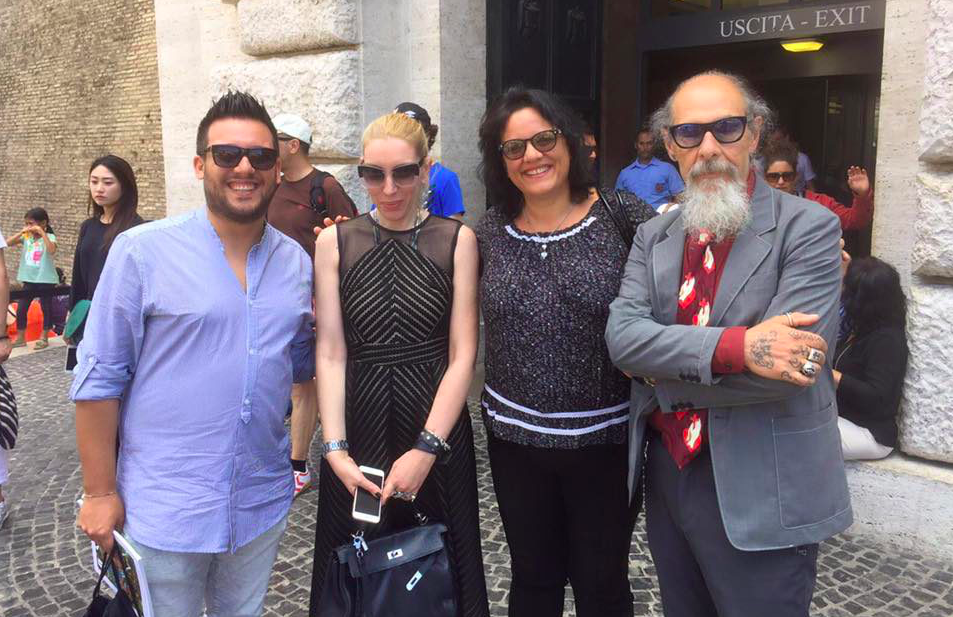 WHAT OUR PARTNERS SAYABOUT US

QUIIKY, brand of Sonders and Beach tour operator. I was honored to share a trip to Israel, some years ago, with Alessio Virgili and Andrea Cosimi early December. The young and lively approach of both and their professionalism conquered me and nowadays they represent a continuous presence on Israel product, without having lost the freshness of their first impact.
Aurora MirataDistrict Manager North Italy | EL AL ISRAEL AIRLINES 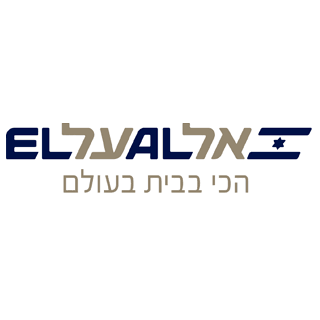 Virgin Atlantic supports the LGBT community as a member of an international alliance named ‘Open for Business’, with other 13 world companies. It supports lesbians’, gays’, bisexuals’ and transgenders’ integration all over the world. Open Business published a research showing that integrating companies are the best in terms of business. It is for this reason that we are proud to cooperate with QUIIKY and become one of their best partners in the travel business to the USA and the Caribbean Islands.
BARBARA SANTOPOLOSales Manager Virgin Atlantic Airways Ltd 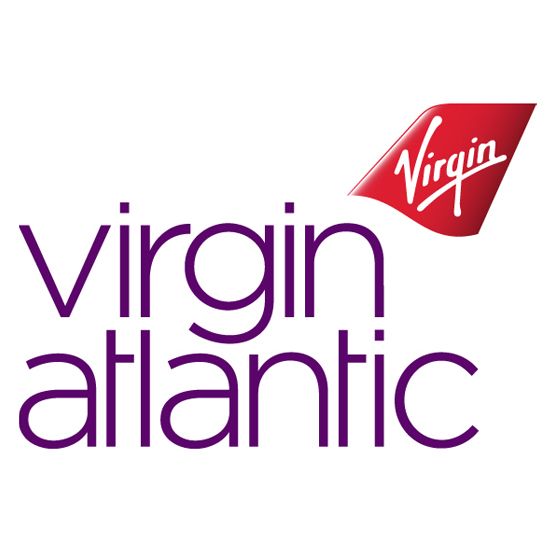 Ceasars Entertainment pays attention to the LGBT community. We are proud supporters of the National Gay and Lesbian Chamber of Commerce and Human Rights Campaigns. We also support the Snapi Pride Festival and many LGBT organizations. We are proud to be part of the community: our staff and our customers are free to be themselves. We love people as they are! For this reason, we have been distributing Las Vegas on the Italian market with QUIIKY, for several years.
DANIELA SMALDINOCaesars Entertainment Las Vegas

Recent years have featured an increasing demand from the LGBT market for taylor-made trips. QUIIKY has been the only Italian tour operator to have achieved fame in a short time. Their training for travel agencies contributes to highlight a scarcely known segment. To detect the LGBT demand means to widen markets for hoteliers and travel agents. Not forgetting that this target has always been high spending. Then, Thailand has always been a gay-friendly country. When you walk on the street, you immediately understand that here discrimination does not exist. Here, welcome is the warmest in the Oriental world. Ladyboys and Katoey work everywhere, in show, in markets, museums and hotels.
MARIO DEGL’INNOCENTIMarketing Officer | Thailand Tourism Office 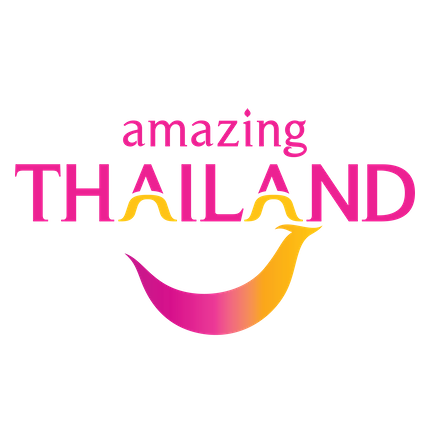 QUIIKY has been working on Malta since 2014, when homosexual civil unions where approved. QUIIKY advises Malta both for gay weddings and for romantic short breaks, with fun, sea, culture and shopping.
MAYA FRANCIONEMarketing Executive | MALTA TOURISM AUTHORITY 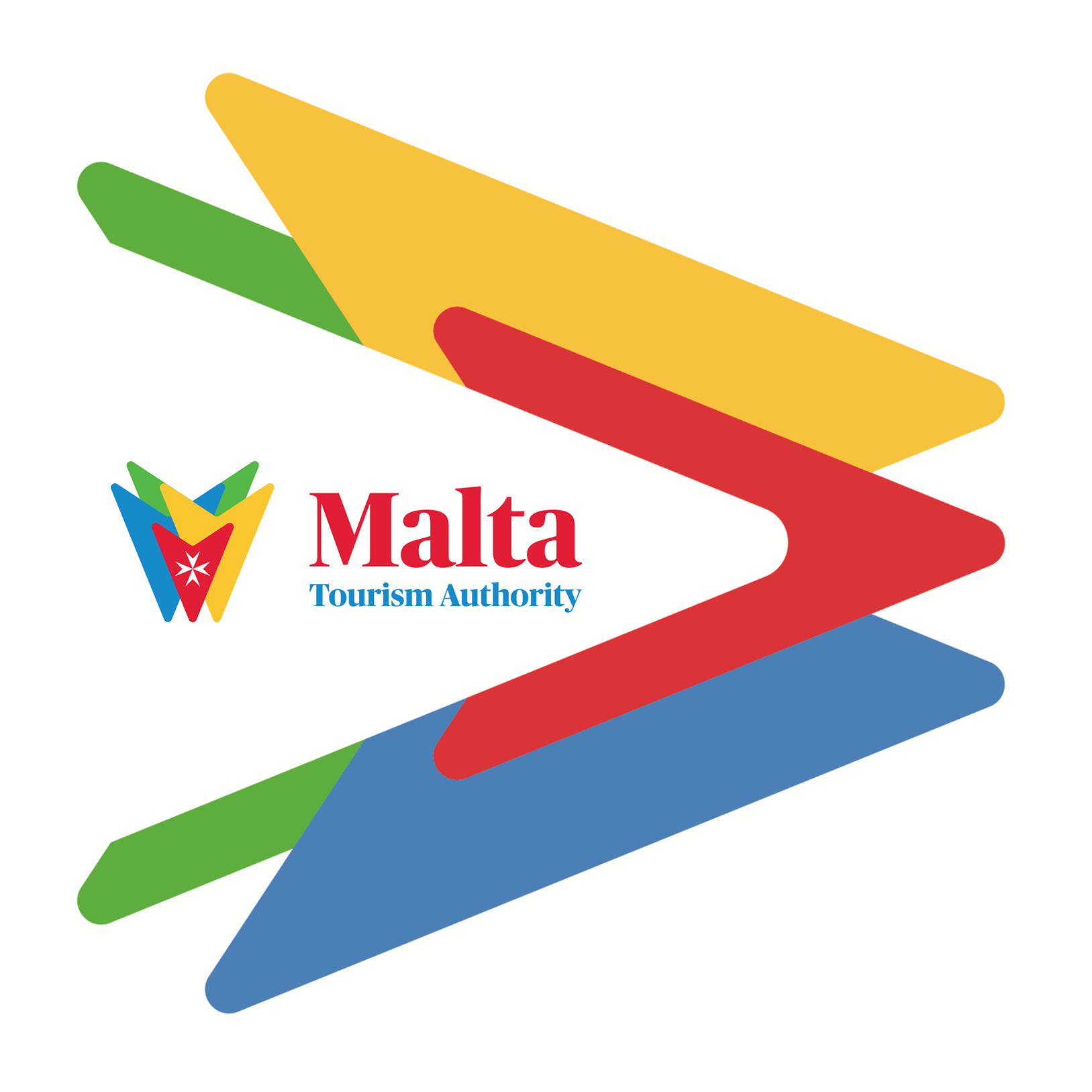 Our cooperation with www.quiiky.com has always been positive and profitable. A QUIIKY Magazine’s journalist produced an intriguing article in which our partners were all mentioned together with LOU QUEERNAVAL activities (first gay French Carnival).
CATERINA PROCHILOPress-Coordinator | Nice Cote Azure CVB 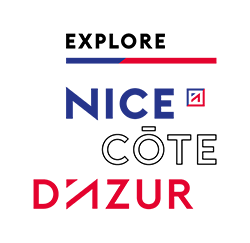 It is a great pleasure to work with a young, dynamic company, editing high standard products. Many years of cooperation have led to the increase of a lifestyle market-oriented segment. Their original way to communicate represents a perfect concept for our design structure.
FRANCESCA ROMAGNOLIMarketing Coordinator | Radisson Blu Es. Hotel

SONDERS AND BEACH has always contributed to increase Tel Aviv importance as the capital of LGBT tourism . Tel Aviv has become a gay-friendly destination, from a niche to a well known gay-friendly one. You have been forerunners of a new market and we are happy to have been signing marketing agreements since 2009 and hope to follow the trend. It is important to cooperate with serious and trustable partners, who play their role with great passion for common goals. We wish you will continue growing and we will be close to you on this path.
AVITAL KOTZER ADARIConsigliere Affari Turistici, Ambasciata d'Israele 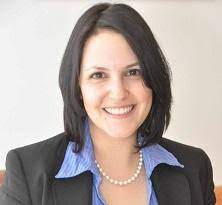 We at EMBRATUR are always willing to work in collaboration with our partners in the tourism sector in Italy. QUIIKY is one of them!
UFFICIO BRASILIANO DEL TURISMO IT | EMBRATUR 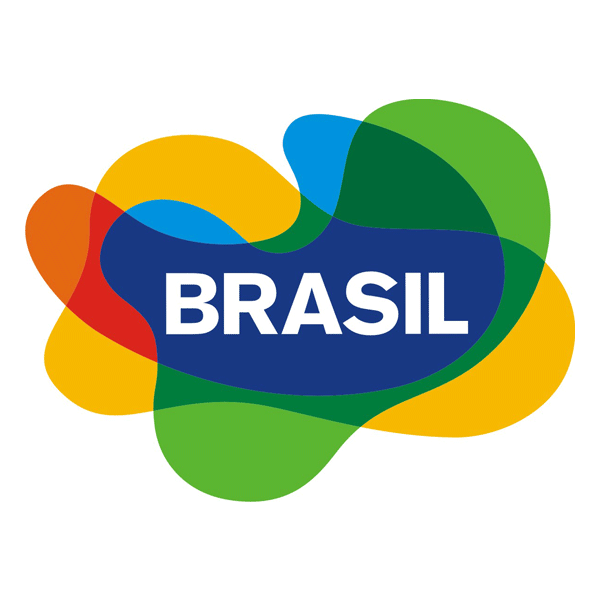 We acknowledge QUIIKY commitment to LGBT segment and their enthusiasm in promoting Spain as a destination. In recent years, some of our destinations such as Gran Canaria and Barcelona have been highlighted for their excellent LGBT offer. Our partnership has always been very intense, thanks to QUIIKY professionalism. Our brand claim has played an important role, focusing on individuality of our visitors . ‘Spain is a part of you’.
JOSÉ GUTIÉRREZ FLORESMarketing Manager from Ente Espanol del Turismo – TURESPAÑA

QUIIKY cooperation has always been pleasant and efficient. We are happy to cooperate with them, with a professional partner featuring deep knowledge of the LGBT+ market
LUCIA FILIPPONEArea Manager UK, Italy and Russia - Ente Turismo Zurigo 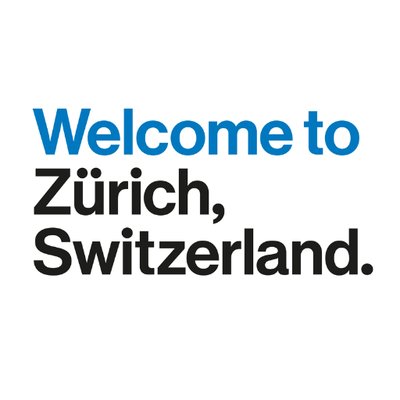